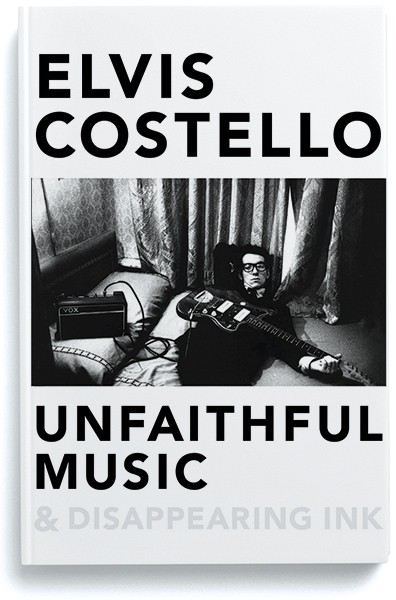 I've been a fan of Elvis Costello since My Aim Is True fell into my life in 1977. I was still in high school and my older brother thought I would like it because of the nerdy guy with glasses on the album cover. How right he was. Over the next few years I listened to everything he put out. However, by the time Get Happy!! came out with 20 songs in 1980, I hit my saturation point. I regrettably put EC aside for more than ten years and then came back with a vengeance picking up CD versions of Taking Liberties (B-side singles), Kojak Variety, and many of the Rykodisk reissues of the '90s, replete with bonus disks, demos, live tracks etc.

Though I never saw Costello live in the '70s (Hey, I was still in high school!) or the '80s, I more than made up for it since then, dragging my wife to more EC concerts than any other.

So I'm pretty familiar with Costello's career. I knew all about Stiff Records, his original backing band Clover, his awkward appearance on SNL subbing for the Sex Pistols and more. I knew he'd wandered from his band the Attractions, grown a beard and gone Country, collaborated with Burt Bacharach and had dalliances into Classical and Jazz music. All was forgiven when he cut 1994's Brutal Youth with the Attractions. Then 2002's When I Was Cruel was even better.

I probably should have jumped on his memoir Unfaithful Music & Disappearing Ink when it first came out. But, better late than never. I'm actually listening to the audio version of the book, as read by EC himself.  If you are fan of Elvis Costello, especially the early albums, it is definitely worth checking out. He's a fabulous raconteur and if you like his lyrics, you'll love his prose.

However, I have to say the book is definitely too long. And, more unforgiving, it's presented in schizophrenic order. We get the setup for the 1978 Hollywood High concert before we're ever told anything about My Aim Is True, or how the Attractions were formed. We hear about his meeting Paul McCartney before anything about This Year's Model. And then nothing more about co-writing with Macca for 20 chapters. There are lengthy dispatches not about Costello's upbringing, or his parents, but about his grandparents. Ok, these are the literary equivalent of the Brodsky Quartet, you can just skip these sections.

Still, despite these weaknesses, it is one of the best rock biographies I've ever read. Costello gives you enough insight into his creative process without drowning in the details of drink, drugs and debauchery. Costello doesn't gloss over his prickly personality, personal failings or bad decisions. He's generous in acknowledging the influence of other musicians (Neil Young, The Band, Joni Mitchell --so many Canadians!) and heaps on well-deserved praise for the Attractions. As with the best of his songs, his prose is filled with keen observation, wry commentary and wonderful delivery. It's great to hear Costello's funny as hell encounters with Bob Dylan, Paul McCartney, Johny Cash and others. He remains a true fan of music and his appreciation shines through.

It makes for a compelling read.

Here's a video from '78 of sweaty, skinny Elvis Costello & The Attractions on German TV tearing through a thirteen song set in 45 minutes. At times the band teeters towards the brink of chaos, pulling back for a couple of numbers and somehow keeping it all together. I really should have gone to see them back in '78.