So Then I Wrote a Rock Opera 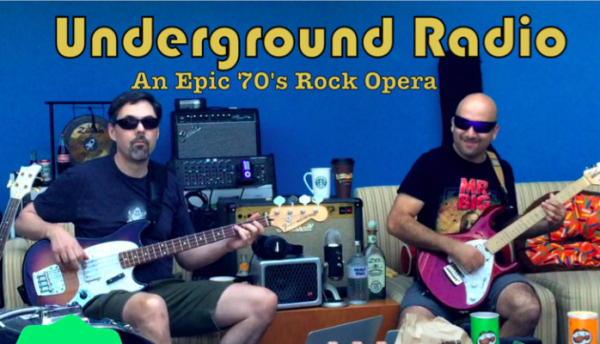 This article was originally published at Linkedin

In early 2014, I moved to Michigan where my wife's family is from. I started working for an Ann Arbor based software company, Duo Security, which has been a lot of fun. But I really missed playing music with my tech buddy Rob, who remained in California.

So the original idea was for us to each write ten songs, then pick the best and record them. But somehow it spun out of control. Why not a concept album? Why not... A ROCK OPERA?

The oddest part about all of this is that neither Rob nor I have ever written songs or recorded before. Our only qualification is a combined 50 years of listening to classic rock. And if we might not hit the heights of The Who's "Tommy" or Greenday's "American Idiot" perhaps we could do better than KISS’s "Music from the Elder."

I mean, how hard could it be? It was, of course, an absurd idea. How could two rookies possibly scale the heights of rockdom? I don’t even think Rob had ever listened to a rock opera before. (I mean who has in recent years, amiright?) But much like a software startup that aims to make the world a better place, the audacity of our goal inspired us.

Next thing you know I’m recording some creepy bass riffs in GarageBand and overlaying drums and guitars. Our first song, “The Creeper,” was the embodiment of an evil surveillance government. And it sparked the whole story: 50 years of winter, a dystopian future, rock music is illegal, yada yada yada. This is pretty much the plot of every rock opera. But it's a darn good one.

Since Rob and I were in different cities, we did most of the collaboration over the interweb using Skype, iMessage, and Box for sharing files. (Box is the official cloud content management system of leading rock operas everywhere, don’t ya know?) Every few months I'd get back to California, goad Rob into singing or recording some guitar parts, and then continue editing in GarageBand.

As positive as I’d try to be during these recording sessions (“That was great, Rob. But let’s do one more take…”) the next day I’d listen to what we’d recorded and I’d be overwhelmed by a feeling of hopelessness. I had this vision in my head of an epic rock opera but all I had was a handful of recordings of two guys failing. This feeling of hopelessness occurred at least as often as the feeling of elation throughout the entire course of the project.

They say every startup is a rollercoaster ride of extreme highs and lows. That matches my feeling on writing a rock opera. Whether it was writing melodies, drafting lyrics, recording solos, mixing, or working on videos, there were countless times where I thought the most expedient solution was to delete all the files and give up. There’s no blueprint (or at least none I could find) on “The 7 Steps to Writing a Rock Opera.”

Every time I faced this situation, I simply moved on to another part of the project. If one song proved to be a dead-end, there’s no reason I couldn’t make progress elsewhere. When I put something aside for a few days or weeks and came back to it, I had a kind of unwarranted optimism: maybe I can improve this. A leap of faith was required at every milestone. I wasn’t aiming for perfection, but a more basic "Can I make this suck less?"

I won’t say that the work was easy. It takes many more hours to edit a song than it takes to record it. But I found that by gradually chipping away at something I could improve it. Often the results were surprising: a song I’d given up on now sounded pretty cool. Better than I hoped for. In my book, brute force perseverance is an under-rated skill. 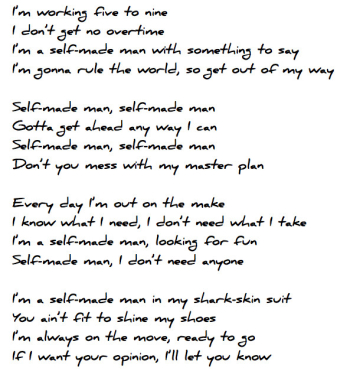 Rob and I brought a startup attitude to the project: just keep working at it and let's see how far we can get. Lyrics got written, story lines developed, solos recorded and re-recorded. Occasionally we’d share songs with our beta testers. Their feedback was often the only motivation we needed to keep on going. And we did all this while holding down full-time jobs and managing family obligations.

Other songs were written weekends, evenings, on airplanes. If Rob had recorded his solos in a more timely fashion I might have stopped writing new songs. But eventually we got to 20 songs and I wondered: what the hell happened here? We’ve actually written a rock opera!

But there was one thing missing. All the songs were pretty basic: me and Rob with bass, guitar, drums and a few keyboard parts and a couple of friends adding vocals. It wasn’t quite grand enough. Then I came across an interesting item on Kickstarter: the $99 orchestra. Wait —what? Yep, for $99 per minute, we could get a 30 piece symphony orchestra to record one of our songs. For another $100 they’d create the score. I sure as hell didn’t have a score for them. I’m just a 3 chord rock guy.

We had one song where I’d weaved together multiple guitar parts that Rob and I had recorded separately. It epitomized our collaboration on the project. It was just some overdriven guitar parts, but in my mind it always sounded like a symphony: I heard strings, horns, piccolos. I don’t know what instruments are in an actual 30 piece orchestra, but it must be something like that, right? 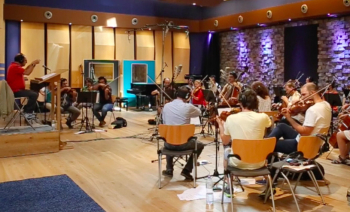 Long story short, we got the Western European Symphony Orchestra to record it. And we got to watch a live video stream of the recording. It felt pretty amazing to hear someone else’s interpretation of our music.

So we finally put the album up on Kickstarter after Thanksgiving, partly to defray the final mixing costs and partly to develop an audience. It was fully funded fairly quickly (never underestimate the power of email to VCs, especially if you helped them make a lot of money.) Kickstarter prohibits raising money for charity, so since we’ve hit our goal we’ll either mix some bonus instrumental tracks or get some videos made. Either that or we’ll spend the money on hookers and blow.

I hope you'll go to the skills section of my Linkedin profile and click on Rock Opera to show your endorsement.

Update: The project overachieved on its funding target by 150% and was completed on time. All of the music, the bonus tracks and the Libretto are available for free download at www.rock-opera.com. You can also listen for free at SoundCloud. The music is published under an open source Creative Commons attribution license and can be used, copied, shared and re-mixed freely.

Zack Urlocker is a software executive living his rock and roll fantasy in Traverse City, Michigan.