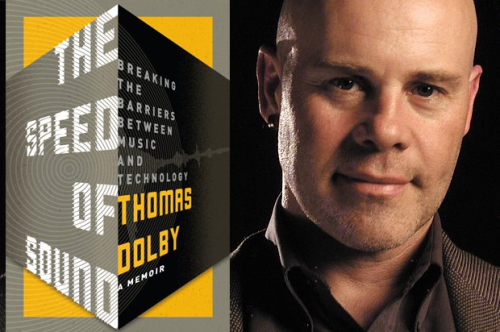 I've read a lot of biographies about musicians and my fair share of business bios, but Thomas Dolby's improbable "The Speed of Sound" is one of the best. Dolby creates a compelling narrative that puts you in the scene, without the usual aggrandizing. He gives you a feel for what it was like to be carving out a living as a geeky synth player in the late 70s and early 80s. Then as his music career starts to fade, Dolby gets involved in film soundtracks and eventually moves the San Francisco Bay Area to become a tech entrepreneur, creating a technology to put sound on the web and in mobile phones.  He sheds light on the questionable ways of the music industry (and Silicon Valley) that makes the story especially powerful. 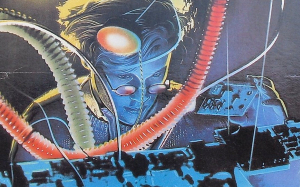 While I was familiar with Dolby's early musical work with such songs as "One of Our Submarines" and "She Blinded Me With Science," I wouldn't say I was a huge fan. But if were around in the '70s and '80s you'll appreciate his stories of blagging his way into an Elvis Costello gig, going to see Television and the Talking Heads, doing sound for bands like The Members and Gang of Four. Dolby had pretty wide-ranging musical credits playing synth with acts as divergent as Foreigner(!), David Bowie at Live Aid and Rogers Waters in his record-breaking performance of The Wall in Berlin.

Similarly, his description of the dot-com frenzy in the bay area, is spot on. He describes decisions, good and bad, that led to the rise and near IPO of his company, as well as the miss-steps that led to its downfall. (Interesting coincidence: Dolby's software company Beatnik Audio started at a small office on Third Street in San Mateo, where many years later, I also worked at a startup company.)

Most of all, what emerges is the portrait of a man who found his calling as a music boffin who always remained curious.