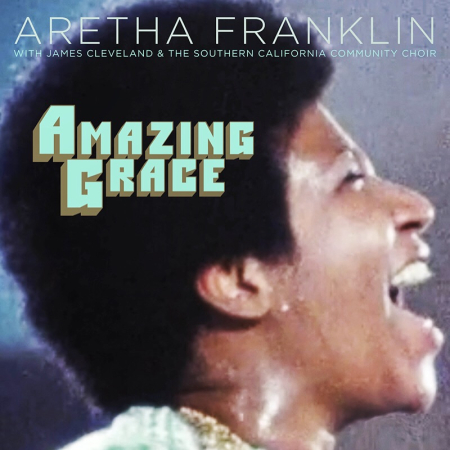 You'll be forgiven for not having heard of the film "Amazing Grace." After all, it was shot 47 years ago and until recently never available due to a combination of technical difficulties and legal issues. However, it is now available and showing in theaters and definitely worth seeing.

The film was originally shot in 16mm by Sydney Pollack at the behest of Warner Brothers. The occasion was to be a live recording of the Queen of Soul's return to her gospel roots at the New Temple Missionary Baptist Church in Watts over two evenings.  It would be a live album as well as a Hollywood theatrical release, following on the success of Woodstock. Unfortunately, Pollack had never shot live music before and failed to sync the film to the audio recording. Luckily Alan Elliott, with Pollack's blessing, took over the project in 2008 and, with the use of modern computers, was able to digitally sync everything.

My wife and I managed to see the film over Easter weekend and it was terrific. Even if you're not a huge fan of gospel, you cannot help but be moved by the spirituality of the music. Reverend James Cleveland and the Southern California Community Choir show the power of music in their emotional renditions of these songs. The audience swaying and clapping along and if you look closely you'll see long-haired and pale-faced Charlie Watts and Mick Jagger are there on the second night at the back.

It's no surprise that the album went on to become the best-selling gospel record of all time. But it's a shame that neither Franklin nor Pollack were able to live to see the release of this film.