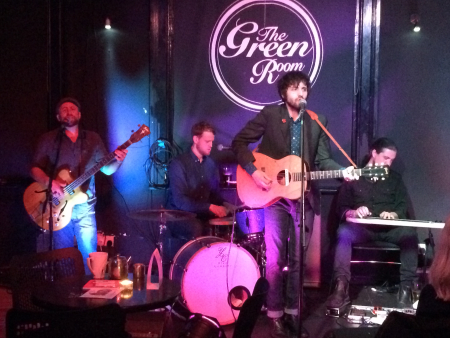 Jerry Leger & The Situation are one of Canada's best bands in years. I wrote a review of their album "Nonsense & Heartache" after seeing them live in Toronto a few weeks back.  Now, they're on their first ever European tour. By all reports, things are going very well. There's still a week to go and 5 more gigs to play in England including Glasgow, Durham, Manchester and London. After that it's back home to Canada with more dates planned in May in Ontario, Nova Scotia, New Brunswick and PEI. If you're a fan of indie rock with a retro vibe, check them out.

My brother managed to catch a couple of shows in Ireland, and although the crowds were thinner than expected, the shows were excellent. Here's some video of a few of the songs from the set taken from the "Heartache" portion of the "Nonsense & Heartache" album. "Big Smoke Blues" is my favorite. If you haven't picked up the album, I highly recommend it.

Have you seen Jerry Leger live? Listened to his album? Let me know your thoughts in the comments below.