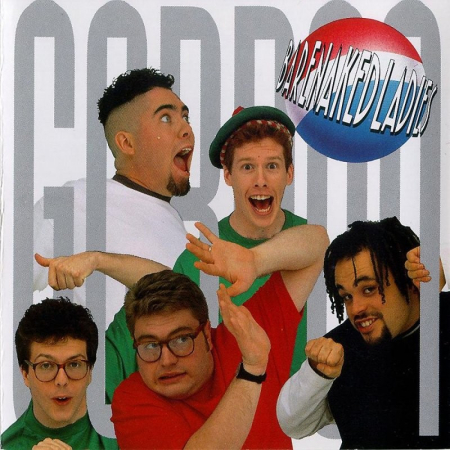 It was great to see Barenaked Ladies be inducted into the Canadian Music Hall of Fame at the Juno Awards in Vancouver recently. And even better, founding member Steven Page rejoined the band for a short performance. Although the Page and BNL have continued to release albums separately, it was a reminder of just how strong they were together.

Here's a video of their performance at the Junos.

I saw BNL live a couple of times in the 90's and they were always full of energy. They had big hits with "One Week," "The Old Apartment," and "It's All Been Done" among others selling more than 15 million albums worldwide. But it all started with "Gordon," which was a massive in Canada upon its release in the summer of 1992.

So how does "Gordon" stand up today? Very well! It's a wonderful quirky and unique album. Clocking in at 59 minutes, its effectively a double album. BNL had a unique style stemming from the strong vocal harmonies of founders Steven Page and Ed Robertson. They also had a distinct rhythm section coming from the double bass and occasional congas, rather than a standard rock electric bass and full drum kit. And they blended elements of pop, folk and jazz... but oh, those vocal harmonies.

The songs on "Gordon" range from the delightful "Hello, City" to the goofiness of "Grade 9" and the anguish of "Brian Wilson." There's melancholy mixed in with up-tempo crazy and lounge lizard jazz.  It's an odd mix that shouldn't work, but does because of the great musicianship and vocals. There are 15 tracks on the album and in my view 14 of them are excellent. (I would leave off "New Kid (On the Block)" though others might chose "Grade 9" or "Box Set.") Oh yeah, and it has "If I had $1000000." You can't help but listen to this album and smile.

While everyone made a strong contribution to this album, there is no doubt that Steven Page's songwriting and vocals helped make "Gordon" a masterpiece. If Page should ever reconcile with his former bandmates to rejoin for a tour, it would be every fan's dream.