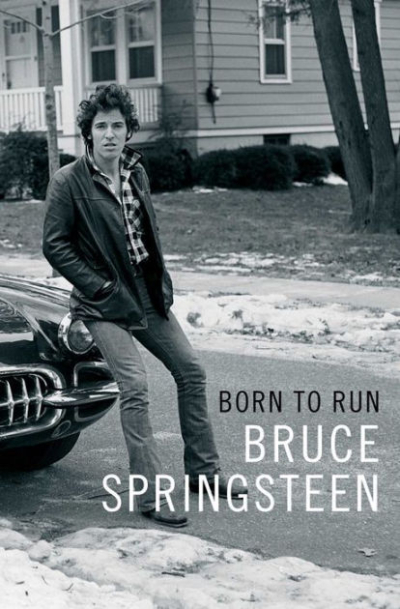 New Jersey's elder statesman of rock, Bruce Springsteen, published an epic memoir "Born to Run." I'm not a Springsteen super-fan, but as far as rock docs go, it's well above average. The book clocks in at just over 500 pages, but it's equivalent to a four-hour concert that occasionally leaves you looking at your watch wondering when they'll get to the good stuff. To be fair, there is a lot of good stuff in the book. The first third, on Springsteen's struggling early days is excellent. It's a lively introduction into the early rock and roll scene, with struggles to make it in California that never quite work out. He finally gets signed to CBS, gets down to bottom dollar a couple of times, but dedication to his craft, and sheer brute force pays off. As Springsteen has said in the past, there was no "plan B." They had no choice but to continue to work. Springsteen's writing is colorful, engaging and honest. He's aware of his own insecurities and writes frankly about his ego, his flaws, his desire for control over his band. But the most important element that shines through all of this is his passion for the power of rock and roll. And it's contagious!

But somewhere after his big breakthrough album "Born in the USA," the book starts to bog down. There's a certain rambling verbosity that fans will recognize. It's a fun, breezy style. But like a guest who has stayed for one drink too many, it starts to grate. I found myself skimming passages of earth-shaking, music-making, viagra-taking excess. Ok, he messes around on his wife. He hangs out with Frank Sinatra. I could care less. But when he focuses on the music, his life as itinerant songwriter and troubadour, the book delivers. And there's some interesting revelations about his father's struggle with depression as well as his own.

Springsteen has also issued a companion greatest hits CD Chapter & Verse which includes five unreleased tracks from his early days with The Castilles, Steel Mill and The Bruce Springsteen Band. These songs help round out the book and give you a sense of the the early days of Jersey rock and roll. It also includes a selection of 13 of Springsteen's hits, though it's a bit constrained, since there's only one song from any album. But I think it's worth a listen.

Here's some live footage from an LA concert in 1973 opening for Dr Hook. This was just after the first album "Greetings from Asbury Park" and before the "E Street Band" lineup. It's a short set, but there are some great moments.

The boss is still the greatest artist at the moment! Working hard for his money. Who plays for 4 hours in a regular concert? Exactly! Nobody does that!