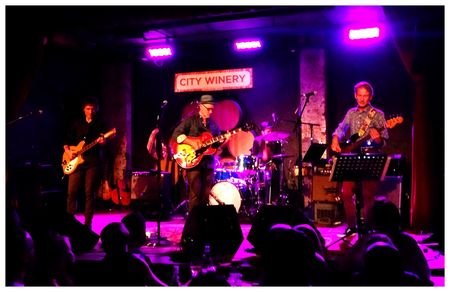 This summer I've been traveling frequently to New York on business. Between Greenwich village and Soho there's always a ton of live music in the area. It was my good fortune to see Marshall Crenshaw and his band at City Winery in Soho last night. They played a two hour "by request" set including many of his most popular songs as well as covers of Buddy Holly, the MC5, The Who and more.

Crenshaw is somewhat of an anacrhonism with his '50s meets '80s rock 'n' roll style, but he embodies the best of those eras. Crenshaw's voice seems not to have aged at all, his guitar playing is melodic and flowing. His bandmates provided a well-balanced sound delivering a powerful rhythm section, great backing vocals and some added guitar fire power.

Crenshaw is continuing to tour the rest of the summer through Texas, Arizona and California and is well worth catching. For those in New York,  City Winery has a lot of great shows coming up in August and September including Buster Poindexter, Southside Johnny, Aaron Neville, Albert Lee, Three Dog Night, X, Jeff Bridges, John Mayall Billy Bragg, Jackie Greene and more.

Here's some video from the show: 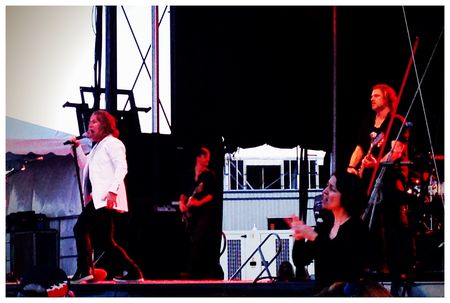 Collective Soul was among the rock bands playing at this year's Cherry Festival in Traverse city.  It was a great show and the band had a ton of added energy with a new guitar player.  It was a warm summer night, there was cold beer, and lots of tattoo'd fans in attendance.  Collective Soul also has a new album coming out which fits in great with the rest of their catalog.

Here's a video of "December" which sounded great: