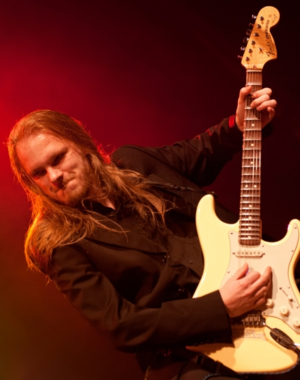 I'm always on the lookout for good backing tracks.  Even if you have a band to play with, it's hard to get everyone together when you need to.  And you've still got stuff to work on between rehearsals and gigs.  I find that having some backing tracks makes it a whole lot more interesting to practice.  To keep it fresh, you gotta have some new takes on things.

That's why I was so impressed with Elmo JK's backing tracks.  He's a blues/rock shredder from Finland and has created a number of impressive tracks.  They're way beyond your typical I-IV-V blues shuffle.  There's stuff in the style of Jeff Beck, Gary Moore, The Who, Joe Satriani, Jim Hendrix and more.  Check out the videos on youtube to see get some ideas.

He's also recorded a great album called "Unintelligent Designs" and some extra tracks from that session called "Unintelligent Leftovers" (which sounds like what I had for dinner last night).  These are occasionally on sale, so definitely worth signing up for his email list.  That'll also get you a couple of free songs from the album.

I'm hoping he gets out on an international tour, but in the meantime, feel free to check out what he's got. 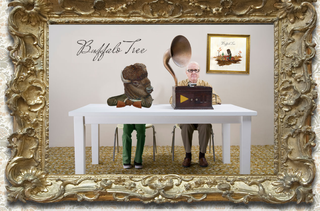 The alternative rock band Buffalo Tree has released their debut album via iTunes and it's a killer.  The band hails from Kingston Ontario and has been honing their chops in the local bar scene with a sound that recalls classic 70s rock with a contemporary feel.  Great vocals from Shayne Godin and a very strong lead guitar sound from Van Sheen  though I dare say it would be great to hear him cut loose on a few more songs.  He's got some chops and a unique style. 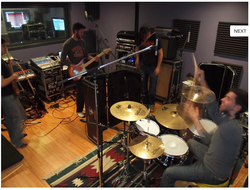 I can't quite put my finger on all the influences in this band, but there are elements that remind me of  The Wallflowers, Madrigal, The Kinks and Lou Reed on an upbeat day.  "Golden Dream" and "Fade Away" are just a couple of the standout songs.

They're mostly touring in Kingston, Toronto, Montreal, Ottawa, but hopefully this album will get them some broader exposure.

Click below to hear a sample from "Golden Dream":

Check it out and let me know what you think.  I'll try to follow up with some video in the coming weeks.