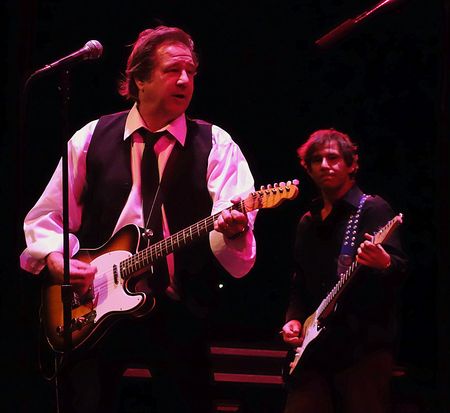 Bay area rock legend Greg Kihn is playing two sold out shows at the very intimate Pleasanton Firehouse this weekend.  I managed to catch Friday night's show and it was a gas.  Despite some delays due to a fire alarm (!) it was an excellent show.  The set list was chock full of many GKB hits including "Remember," "Madison Ave," "Another Girl Another Planet," and "Jeopardy" (of course), as well as a few select covers including a very nice medley of  "Ticket to Ride," "Roadrunner" and "Jumpin' Jack Flash." I was hoping to hear "Pretty Vacant" in the mix also, but you can't win 'em all.  Ry Kihn filled in on vocals on a couple of songs and that added a fresh sound to the band.  Ry's guitar was outstanding, as usual.

The only thing that was less than perfect was the sound.  It clocked in at well over 100db.  I was seated in the first row and despite wearing earplugs, I had to move to the back for a while to get a break from the pounding of the bass drum.  The Firehouse is a very small theater and I think the sound system they used is just too much for this venue.

I managed to capture some photos and videos with my trusty Sony RX100.

Unfortunately, the sound on some of the videos is quite distorted due to the volume.  The sound at the concert was much better than it sounds here.  Based on the strengths of this weekends shows, I hope we'll see dates for a full-fledged summer tour.

Through some careful last minute wheeling and dealing on Craigslist (thank you Tanya, thank you Tom!) I was able to get two tickets to Los Lobos at Moe's Alley in Santa Cruz last night.  Los Lobos is one of the most under-rated of bands.  They've toured with U2, The Grateful Dead and played at the white house.  To see them play in such a small club was fantastic.  In fact, a sweaty hot cramped blues club is probably the best venue you could ever see Los Lobos.

Los Lobos has an extensive and varied repertoire including traditional Mexican folk music, roots rock, blues, Latin rock and jamband groove music.  The show at Moe's Alley ran the full gamut with songs like "Chuco's Cumbia", "Little Things", "Rosa Lee", covers of "Papa Was a Rolling Stone" and the Grateful Dead's "Bertha"  (which was epic) and more.


One of the remarkable things about Los Lobos is that it has been the same five guys playing together for 30 years.  This is no one-founding member reunion act, this is the real deal.  The band is a bit greyer (and wider) than when they started, but they remain incredibly tight musically.  The vocals from David Hidalgo and Cesar Romas are as strong as they've ever been and the guitar playing is incredible.  It was also notable how much the rhythm section added to the groove.  Conrad Lozano's bass playing truly drives the sound on many songs.

I've posted photos from my Sony RX100 onto PicasaWeb.  (These may or may not show up at the top of this post, depending on your browser.)  Some of photos are cropped, but otherwise, untreated.  I also shot some video on my iPhone 5.  The quality of the sound on the iPhone is a bit muffled, but it'll give you a feel for the show.  I've posted a few songs on YouTube.  (Note the videos should show up in 720p HD resolution by default.)

If you're not familiar with Los Lobos, I recommend checking out their latest compilation album "Wolf Tracks

".  If you're into the more rocking blues style, check out "The Town & The City

", two great albums.  And if you're a long-time fan, their latest album is "Tin Can Trust

Yet Another Music Festival 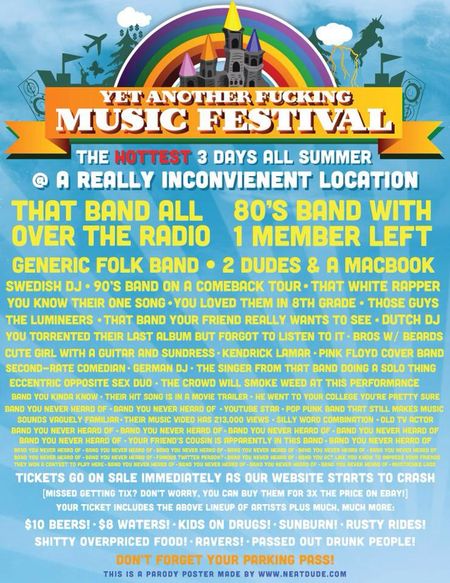 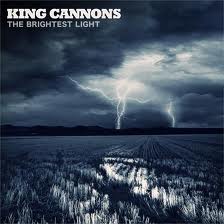 A colleague set me up with a CD from a hot band from Melbourne (by way of New Zealand) called King Cannons.  I'm greatly enjoying their CD "The Brightest Light."  It's sort of a mix of fast-paced 3 chord rock reminiscent of The Clash meets Bruce Springsteen.  Definitely worth checking out.  Unfortunately, it's only available as an expensive import at Amazon.  But you can get it on iTunes Australia.  Good luck with that.