Hanging Around with Hugh Cornwell 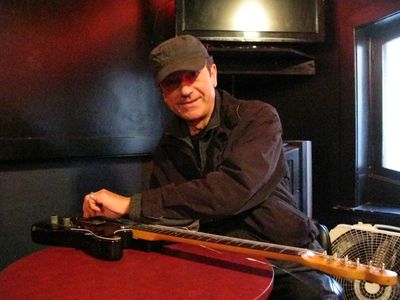 I managed to catch Hugh Cornwell & his band playing live in San Jose  a while back on their last tour, along with Sex Pistols co-founder Glen Matlock.  It was a great gig and what made it even better was my chance to meet the man himself for a one-on-one interview.  Cornwell and crew were wrapping up the end of a 17 city tour that took them to Chicago and points west in Canada and the US to promote the new album Totem & Taboo.

Q. What was the process like on writing and recording Totem & Taboo?

I've been preparing these songs over a long period of time.  Every time I finish an album and it gets recorded, I've got ideas about whats going to come next.  But I don't deliberately tend to them.  I leave them to brew.  And then over the process of over about 18 months, I try to three quarter finish them.  Then at some point, I decide to go demo them with a very old friend of mine who's very good at ProTools.  I'll pre-record some drum guidelines and then we put them down as demo tracks.  I deliberately don't finish them off until that moment.  Because then you get quite a lot of things happening last minute, changes of arrangement, different nuances occur.  I've done that now for two or three albums and it's worked quite well.

Once the demos are done, and I know the record will be recorded, then I pass the demos to the musicians explaining that what I've done is just guidelines.  They're perfectly free to add their own personalities to it.

Q. Lets take a song like the title track Totem & Taboo.  How did that evolve?

The melody line was the first thing that came up.  It came straight away on an electric guitar one night.  I knew it was going to be fours on the snare.  I put a few fills in.  Very straightforward, very simple.  The last bit of the arragement is there's a crescendo in the middle bit.  That happened when I started playing it with Chris and Caroline on a European tour.  I really wanted to play some of the songs up front before we recorded the album.  It was only when I was working with them on rehearsals where the last bit of that song came together.  It's very much an organic process, much more than it used to be with the Stranglers writing.

Then the demos sat in a drawer for six months while we worked out who we would record it with.  When you record, it's got to have a certain freshness and vitality.  If everything is writen and tied down too soon, the album won't have that vitality.  So there's no point giving the demos to the musicians too early on, because they'll get to know them too well and their playing won't be inspired.  Even then I don't give it out until about a month before the rehearsals for the recording process take place. 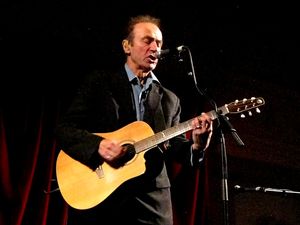 I read the book by Sigmund Freud and always thought it would be a great title for an album.  So the song grew out of that title and thinking about what it means.

The song speaks for itself.  I left the Stranglers and went of the radar for two decades.  I couldn't get a career together and finally I've come back. Whether it's going to lead to anything is another matter.  There's so much out there.  But I feel like I'm making progress in the states.  I come every six months.  I'm making friends with local promoters and there's a slight increase in the numbers.  As long as that keeps going, then I'm quite happy to keep coming back.  The Stranglers never really took the time to investigate the states.  It just seemed like too much hard work, because the distances are so large.

Q. You've funded the production of this album by tapping into your fans.  How did you come upon PledgeMusic?

We were desparate to make an album without any constraints from a record label.  On ownership for one thing and how we were going to make it.  So we aproached Pledge Music, which gave us the possibility to get it financed with people who were enthusiastic about the music I make.  We've managed to excited people enought to pledge towards the cost of the album.  There's also a portion of the money goes to support a charity, which is great.

Q. How is the tour going so far?

It's very hard work.  Its the 15th show so far, with San Jose, San Francisco and LA to follow.  It's been very hard work.  The travel is tough, distances are very far.  Also, I came from the UK after just finishing an acoustic tour with a bad throat.

Q. What's it been like having Glen Matlock on tour with you? 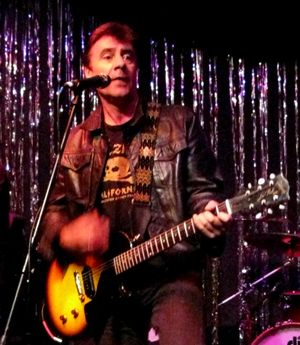 It's a nice refreshign change to have someone else like me who's fronting his own thing.  Now I don't feel so alone. Clem and Steve on drums & bass have been stalwarts playing rhythm section for both Glen and me.  It's quite good because they go around the block a few times with Glen and by the time I get on stage they're totally warmed up.

Q. Did you know Glen Matlock well back in the early days?

Not really.  But we were always bumping into each other all the time.  He did actually leave the Sex Pistols quite early on.  But I did see one of his early performances when he first joined Iggy Pop and played at the Lyceum in 1979.  The bill was U2 opening, then Echo and the Bunnymen and then Iggy Pop with Glen on bass.  I remember it was a great gig.  A friend of mine Andy Dunkley, a famous english DJ who has passed away now, he said "You mark my words, Hugh, that first band U2 is going places."

So I've been aware of Glen and in touch with his music over the years.  We did a Japanese TV show together.  I remember seeing him at an an exhibition of album covers from the punk days at the Royal Festival Hall. I've always had good things to say about Glen.

Q.  In your song 24/7 you write about Bob Dylan.  Was Dylan an influence on you?

Bob Dylan is definitely an inspiration to me.  He's got so many facets to his music over the years.  It's an inspiration that he's managed to last so long.  And through all sorts of complications and ups and downs he's still there.  I did make on album "Beyond Elysean fields".  "John Wesley Harding" was the inspiration for that.  He's like the Picasso of the music world.  Because he's always been around he's taken for granted.  When Picasso died there was a huge void where he'd been.  The same thing will happen with Dylan.  I've got no qualms about citing Bob Dylan as an inspiration.  One song I love is "Stuck Inside of Mobile with the Memphis Blues Again".  It's such an up-tempo song whereas most of his stuff is quite depressing.  I like Dylan when he's happy. 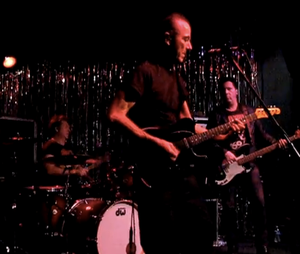 Some of what Led Zeppelin did is an inspiration to what I'm doing now, because it's so pared down as a power trio.  The idea of a guitar line and what the guitar should be is something I'm exploring on this album.  Why does a guitar have to play chords all the way through a song?  Why can't it change from chords to lead lines?  That means you don't have to do any overdubs.  I'm actually playing chords in one part and moving to a lead line that complements the voice.

That's the secret to how Led Zeppelin's arrangements are so good.  It's the voice and the guitar and how they interplay over the rhythm section.  In a funny sort of way Zeppelin has been quite an inspiration for me on this album.

Q. One of my favorite songs by the Stranglers is "Hanging Around".  Where did that come from?

Dear old Hanging Around.  We don't always play it.  But when I was just invited to play with Fred Armisen on the Portlandia tour, that was the song they wanted to play.  I was amazed at how cherished it was by them.  It went down a storm.  And when we finished and came off stage and I asked them "Aren't you going to do another one?" And they said "Not after Hanging Around."  Which is quite funny.  It's a very cherished song.

The song is from those days of the Red Cow and the Nashville where we used to play all the time.  it's all recollections of the people we encountered when we were in that scene.  Not anyone famous, just characters that were there at the time.  John (Burnell) wrote the last verse, about moving in the Colhern with the leather all around me, 'cause he was living off Earl's Court Road and used to go in there.  So he provided the last verse.

Q. When you played your last gig at Alexandra Palace 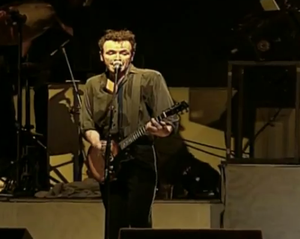 Yes, I'd made up my mind earlier that day that I was just fed up.  I wasn't very happy.  And if you're unhappy you've got to change your situation, because nothing else is going to change it.

The members of the Stranglers weren't friends anymore.  John and Dave lived quite close together outside of Cambridge and they used to see each other quite a bit.  Jet lived a very solitary existence in Gloustershire and I lived in Wiltshire.  The only time we seemed to meet up was to go and rehearse for a tour or write songs for an album.  It was a very sort of professional relationship, like going to the office.

I'm not married and they had their families.  They had their own private lives and it felt like we didn't have a life together anymore, which was very different from what it was when we first started.  We were in each other's pockets and we were more friends then.  I just wasn't happy with the way it was all being handled.  I thought it had run its course.  There was no more creativity in the box.  So it was time to move.

It's rather like with relationships.  I hate to wish it on anyone.  You're with someone and you wake up one morning and suddenly you think "Where's this going? Nowhere.  I've got to get out of this."   It's a very similar situation.  And that's basically what happened.

" which is available through Amazon.