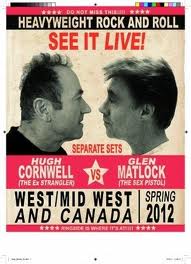 Not that I'm completely obsessed with Hugh Cornwell, but it is worth noting that the famous ex-Strangler will be touring with his band to promote the release of his new album Totem & Taboo.  Even better, the gig will include a set by ex-Pistol Glen Matlock.  This will be two separate sets, but each with the same backing band (Clem Burke on drums, Steven Fishman on bass, James Stevenson on guitar).

The tour runs from late February through mid-March in the midwest and west of US and Canada. 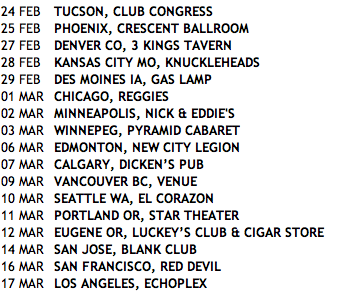 And just to whet your interest, here's a sample of Cornwell playing an acoustic version of his new song "Totem & Taboo".

Sounds like a great show. Looking forward to catching it tonight in San Jose.