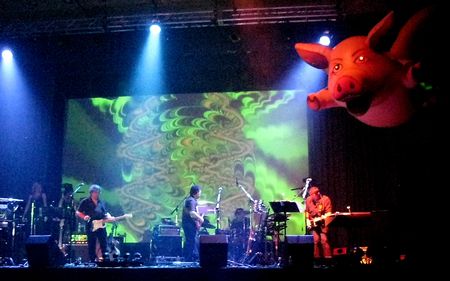 Pink Floyd tribute band House of Floyd is back on tour in California and Oregon with upcoming gigs in Arcata, Petaluma, Modesto, Healdsburg, Vacaville, Bend, Big Sur and beyond.   I stopped by the Santa Cruz show on March 27 at the Rio Theater, and it was awesome.

As I've said before, they put on a tremendous live show.  House of Floyd gets as close to note-perfect as any band I've ever seen --including Roger Waters' own "Dark Side of the Moon" tour.  The set list is new for every gig, but you'll hear plenty of classic cuts from "Dark Side of the Moon," "The Wall" as well as more obscure Syd Barrett era songs.   Best of all, Mark Showalter made sure that the inflatable pig will be there, too.  Not to mention the lazers, the fog machine and other cool visual effects.  It was a great show and the audience was friendly, appreciative and dancing in the aisles as the night went on.

Highlights for me included Pat doing a phenomenal job on vocals for "Money," "Great Gig in the Sky" and some totally trippy instrumental work.

Here's some videos I posted on YouTube from the first set.  The second set was even better. 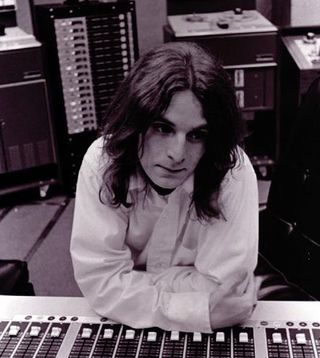 Like many others, the first thing I did when I heard of Alex Chilton's passing was to put on the wonderful yet ironically titled Big Star  #1 Record, to hear the first chorus sing "I feel like I'm dying".  According to early reports, Alex collapsed while mowing the lawn. That may be the best argument against household chores ever.

When I think about Chilton, the overarching aspect is the brilliance of his early career in The Box Tops and Big Star

, unmatched by his later work as a solo artist.  In that regard, Chilton may have felt a little like dying for decades.

And the early music was truly brilliant, even if Chilton didn't favor it later.  There was real magic in those Big Star records, and their regular inclusion in most influential album lists was no accident.  Many of those songs are as close to perfect as rock songs get. They influenced modern rock to a profound degree.

If Chilton suffered from the curse of lost promise, in part it was because he was so fully formed as an artist so early.  That sure didn't sound like a teenager on those Box Top hits, to say the least.  And even a song like 13, from Big Star's #1 Record, sounds like a  wise man looking back on his teenage years with insight few possess at any age.

Despite the strength of the music, fame and fortune eluded Big Star and the band broke up after 3 albums for no better reasons than: bad timing, bad management, bad luck.  Chilton lost a decade to drugs and drink, but managed to get clean and continue as a solo artist, never looking back.

My personal memory of Chilton is a show he did in a club in Chicago in 2003.  Most of the set was uninspired, taken from Chilton's solo career.  But then he lit into When My Baby's Beside Me, a Big Star single, and the room just levitated.

May you truly rest in peace, Alex.  Your bell keeps on ringing.

Big Star will perform at tribute to Alex Chilton at South by Southwest Saturday March 20 at Antone's. 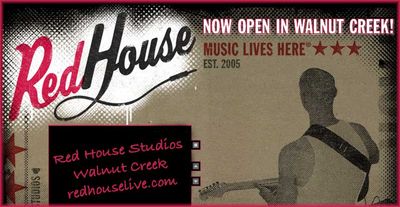 A few months back, I discovered Red House Studios, in Walnut Creek, in the east bay of San Francisco.  Red House Live is a combination recording studio, performance stage, jam environment, rehearsal space and instructional school for musicians of all ages.  But, as the name implies, it's focused on guitar players.

I've been taking group lessons here recently and it's been a blast.  In particular, the "Blues Highway" course taught by musical director Jeff Magidson has been fantastic.  Every week we're learning a new blues song, playing it together, working on rhythm, solos, etc.  Best of all, it's a friendly environment.  It's not about showing off or seeing who can play the loudest, fastest or craziest.  Everyone is there to learn and have fun.

If you're in the east bay area, you should come check out Red House Studios.  Here's a video interview with Jeff on some of what Red House has to offer.   There are concerts and open jam nights, so its worth coming by to see what its all about.  It's a nice clean place and they even sell beer.  What more could you ask for?

Management Secrets of the Grateful Dead 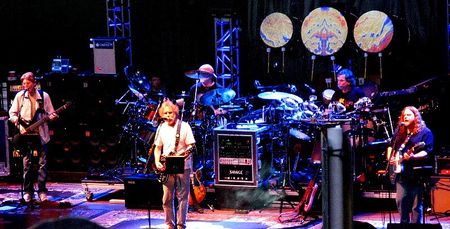 I'm not the biggest deadhead around --I've probably seen fewer dead shows than presidents Clinton or Obama --but I've always admired the way the Grateful Dead cultivated their fan base.  While they really only had one hit record over a career of more than 30 years, they had a cult-like following thanks to their constant touring and a novel approach to live concert recordings.

The Atlantic has recently published an article called "Management Secrets of the Grateful Dead" which covers some of the main points of how the dead grew their audience.  In a model that was prescient to open source software and internet startups, they did so by giving away their core product.  The dead were one of the first bands to not only allow, but to encourage fans to tape concerts and give away recordings:

Much of the talk about “Internet business models” presupposes that they are blindingly new and different. But the connection between the Internet and the Dead’s business model was made 15 years ago by the band’s lyricist, John Perry Barlow, who became an Internet guru. Writing in Wired in 1994, Barlow posited that in the information economy, “the best way to raise demand for your product is to give it away.” As Barlow explained to me: “What people today are beginning to realize is what became obvious to us back then—the important correlation is the one between familiarity and value, not scarcity and value. Adam Smith taught that the scarcer you make something, the more valuable it becomes. In the physical world, that works beautifully. But we couldn’t regulate [taping at] our shows, and you can’t online. The Internet doesn’t behave that way. But here’s the thing: if I give my song away to 20 people, and they give it to 20 people, pretty soon everybody knows me, and my value as a creator is dramatically enhanced. That was the value proposition with the Dead.” The Dead thrived for decades, in good times and bad. In a recession, Barnes says, strategic improvisation is more important then ever. “If you’re going to survive this economic downturn, you better be able to turn on a dime,” he says. “The Dead were exemplars.”

I'll do a write up of one of my favorite dead albums, Grateful Dead (Skull & Roses), in the coming weeks.  In the meantime, check out the videos from The Dead's  Shoreline concert last year. 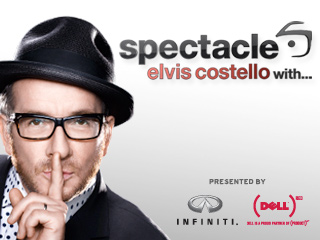 Elvis Costello's show "Spectacle", now in its second season on Sundance, just keeps getting better.  Not only is Elvis looking younger and more fit than he has for years, he's managed to pull together some of the most diverse and interesting musical guests you'll ever see play on stage together.  Costello has always been a brilliant, if eclectic, performer.  It turns out he's also a tremendous interviewer, getting musicians to open up about their influences and song writing in a way that a non-musician never could.  Some have called the show a musical equivalent to "Inside the Actor's Studio" and I think that's a good comparison.

If you haven't seen the show, check it out on Sundance or get the first season DVD

The second season has included Bono and The Edge from U2, Bruce Springsteen, Lyle Lovett and Niko Case. My favorite recent episode has featured New Orleans pianist Alan Toussaint, Nick Lowe, Ray LaMontagne and drum legend Levon Helm from The Band.  To see the these musicians talk about the influence of "The Big Pink" on their styles and then play "The Weight" together with the Imposters was just tremendous.

Costello fans can also rejoice in the long-awaited complete release of "Live at Hollywood High" after more than 30 years. I remember the three song EP that came out with "Armed Forces" back in 1979 when Costello was just 23 years old.  It's been a long wait, but worth it.