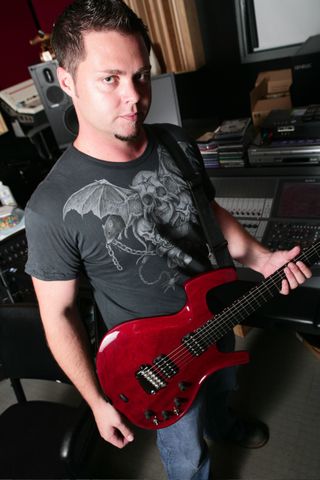 Thanks to the good folks over at National Guitar Workshop, I was able to score a second interview with one of their instructors, this time James Hogan who will be teaching at the main campus in Purchase, New York July 26 - August 14.  James guitar style fuses elements of rock, blues, jazz and even country.  His CD "True Diversity" is available on Amazon, iTunes and CD Baby.

Q. How did you get started with guitar?

James: When I was 11 yrs old I asked my parents for an electric guitar. They obliged me with a Palmer "Strat" copy, and a Gorilla G-10 amp. I had no idea what to do with them, so I asked some guitar player friends to show me some things. After about 6 months of hacking my way through "Ironman", my parents decided to hook me up with classical guitar lessons from a local teacher named Bob Mizelle in Daytona Beach, Florida. He helped me with fundamental chords/scales, and taught me how to read music. After a year or so of classical lessons, I took up with an amazing rock teacher named Jerry Hemby who is one of my biggest musical influences. Jerry taught me how to develop my chops, my feel, and vibrato, and how to combine modes with pentatonics to spice up my playing. After a year or so with Jerry, I decided tomove on from lessons, and I started playing in bands at age 15, and taught myself until I went back to college at age 24. In college I studied with Lawrence App, and with jazz guitar virtuoso Barry Greene at The University Of North Florida.

My inspiration to play guitar came from hearing my dad's collection of albums when I was a kid. My ear always seemed to gravitate towards the guitar parts in all of the songs. My biggest inspirations to play were Duane Allman, Eric Clapton, Freddy King, and all of the great players of the 1960's-80's. Listening to those players piqued my interest, but my biggest inspiration came when I heard Van Halen's 1984 album. After hearing Eddie, I HAD to learn to play. It seems that almost everyone I've heard since then has influenced me in one way or another.

Q. How long have you been working with National Guitar Workshop and how did you first get involved with them?

James: I have been teaching for NGW since 1998. I was referred to the Workshop by my great friend, and former teacher Barry Greene.

Q. What courses are you teaching this summer? 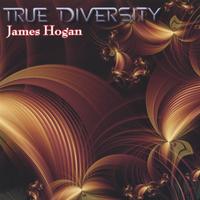 I will be teaching two seminars this summer. One is entitled "Rock Fusion", and the other is a co-taught class with Terry Syrek entitled "Rock Star".

The Fusion class will focus on many different facets of music. Ear training, theory, technique, improvisation, time development, repertoire, performance, etc.   The students will learn to "fuse" elements of jazz, rock, funk, pop, latin, and country music into their playing. There will be lectures, and lots of "hands on" learning in the class. Of course, there is always a ton of playing in class, and the students will go home with lots of new tricks up their sleeves. My class always has a laid back atmosphere too, so we have a good time while learning a lot of great stuff.

The Rockstar class, will feature some of the same elements of the fusion class; ear training, theory, technique, and lots of in class playing. In addition, the students will learn how to form a band, record their music on a budget, promote their music, perform their music, hire a manager, avoid common mistakes, and make the most out of their career. Since this is a co-taught class, the students will gain first hand experience from two successful professionals with over two decades of valuable experience in the music business. Terry and I also have a great teaching rapport, and the students always have a blast in our classes.

Q. Given the broad range of musical interests out there (Rock, Metal, Blues, Punk etc.) what are some of the comment elements that you try to teach in the core curriculum?

James: Everyone gets an overview of basic music theory: How major scales, key signatures, triads, and 7th chords are formed.  Also, the students will learn Major, and minor pentatonic scales along with various repertoire tailored toward the style of the class. Obviously, they will learn how to apply all of this to the instrument, and there are specific stylistic techniques that will be addressed in each class as well. Also, the core class students meet each evening and rehearse music which they perform on stage at the end of the week during their student concert.

Q. What's the make up of the typical NGW Class?  How do you balance the different skills and interests?

Before each week starts at NGW the students are evaluated by their teachers and placed into their appropriate class levels. This ensures that each student is assigned the class level where they'll benefit the most from the NGW experience. This also ensures that the instructors are teaching to roughly the same level of students. The students pick which style of classes they'd like to take depending on their interests.

Q. How much of the session is hands on versus more traditional "class room" style learning?

James: This really depends on the teacher. In my classes, I like to give short lectures followed by immediate hands on application of the lecture material.  By the end of the week, the students have learned a ton of great stuff, and they know how to apply it on the instrument.

Q. What sort of preparation do you recommend for someone coming to NGW for the first time?

James: I would tell them to look forward to thoroughly enjoying an experience that will change their life. (Oh, and be prepared to take lot of notes!)