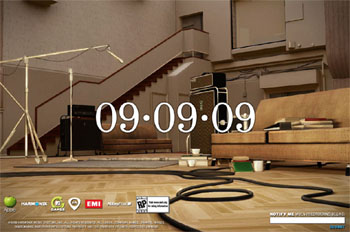 While the folks over at MTV have recently announced the launch date of their newest Rock Band edition featuring The Beatles, some folks are already griping that this may be too little too late. Rumors about the game surfaced last October and it looks like the game won't be available until September 9, 2009.  While that's a long time from now, it's still in advance of the holiday buying season.

Personally, I'm not sure that The Beatles music will really be a good fit for this type of interactive medium.  The Beatles were a huge impact on modern pop rock music, but I'm not sure how much appeal the beatles have to the traditional 12-25 year old gaming set.  Even Seargent Peppers is long past the "20 years ago today" date.

Still there are enough longtime Beatle fans that may want to pick it up to introduce the music to their, ah, grandkids.  Lets see what the setlist includes.  Personally, I'd be happy to with songs like: Revolution, Paperback Writer, Back in the USSR and anything from Abbey Road.

But if rhythm video games like Guitar Hero and Rockband are going to stay relevent they're going to need to get a bit more hip to music.  Packages featuring Aerosmith, AC/DC and Metallica are a good start, but where's the Who at King Dome, Kiss at the Colliseum?  Where is the U2 of our generation?