Doug Marks on Starting a Band

Doug Marks, developer  of the Metal Method guitar course has a good article on "Starting a Band."  He gives some practical advice on finding band mates (one at a time), getting rehearsal space (on the cheap) and making sure that band members understand the business side of music.  As with all of Doug's advice, it's good information conveyed in a no-nonsense, easy to understand fashion.

"To Start a Band good business sense is essential. I've always been good at the business of playing music. When I was in my first band, we were the least skilled group in town. Even though we were at "the bottom of the heap" as musicians, we were the most popular band in town. One of the reasons for our success was our business approach. We set goals and attained them using a step-by-step method"

BTW, if you haven't checked out Metal Method, you should. Don't let the name put you off.  It's a good basic rock guitar course.   There are also a range of other DVDs featuring speed shredder Michael Angelo Batio.

Also, this July 9, Doug is hosting a "Camp Metal Method" -- an evening with Michael Angelo Batio.  He'll be doing a one hour show followed by open Q&A.  It will be held at the Simi Valley Cultural Arts Center in southern California with tickets starting at $22.  Call the box office at 805-583-7905. 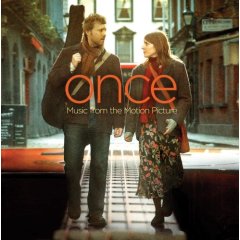 If you missed the indie Sundance movie Once when it was out in its theatrical release, go pick up the DVD and make a stay-at-home date night.  Yes, you can argue that this is a chick flick, but it still captures the spirit of musical connection and the magic that can happen in song writing.  The movie tells the story of an Irish street musician, Glen Hansard (previously in the 1991 film The Commitments and from the band The Frames) and Czech pianist Marketa Irglova as they meet, perform together and fall in love. Seeing them craft the song "Falling Slowly" in a music store is like watching someone create a painting before your eyes.  You are drawn into the song with all of its emotion and everything else just melts away.  No wonder it won an Oscar.

Glen Hansard and Marketa Irglova are the real life duo behind The Swell Season.  The movie has some interesting parallels with their real life story though obviously it's done up in the context of a romance.  I won't spoil the film's ending, but it's a good story.  The soundtrack CD is also excellent. 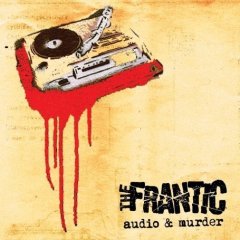 One of the hottest new bands to play at Austin's SXSW music conference last month was Chicago's The Frantic.  This is a high-energy balls out rock band with classic infectious pop melodies.  Still under 20 years old, these kids pay homage to some of the great power-pop bands of the 70's and 80's.  Their first album is called "Audio and Murder".  Their current tour takes them through California, Arizona and Illionois and parts of Michigan, Nebraska and Texas.  Check out the goofy YouTube video below... 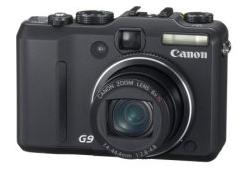 In the last year I was lucky enough to see quite a few live gigs and capture some memorable moments with my trusty Canon G9 camera.  It's not the best camera in the world, but it's got a 6x zoom lens, works well in low light and has decent video capture.  Best of all, it fits in a jacket pocket and costs less than $450.

I managed to get some decent photos and videos at shows by Lenny Kravitz, The Smithereens, Alan Iglesias,  Frank Marino & Mahogany Rush, Pat "Jazz Butcher" Fish, Andy Walo and more.  Here's some my favorite photos from the past year as posted on PicasaWeb.

I've also put a couple of the best videos I shot on YouTube below.  I hope to get out to more gigs in the coming months and shoot even more photos and videos.