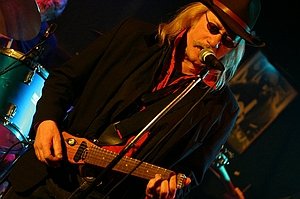 I happened to be on business in Europe this week and was able to check out the Lapstick, the ultimate travel guitar.  The Lapstick weighs just over a pound (500 grams) and measures a mere 20 inches (51.5 cm) end to end.  It's so tiny, you can play it in a coach class airline seat or on a train on the way to a gig.

The Lapstick was designed by guitar wiz Phil Neal and has been a labor of love for many years.  As a professional musician, Phil was frustrated by how much unproductive time there is travelling to gigs.  So he designed a guitar that could be used anywhere --whether on a train or in a coach seat of a plane.

The Lapstick includes a built-in pre-amp so you can plug in headphones with settings for clean, overdrive and distortion.  It has a noiseless EMG Select pickup and can be plugged into a regular amp or portable effects box, like the Korg Pandora.  The guitar itself is beautfully designed and provides surprising resonance given its small size.  Each Lapstick is handbuilt with custom-designed hardware. It comes with its own case, which makes it look like you're carrying a flute or perhaps a clarinet, but certainly not a guitar.

The Lapstick has been optimized milimeter by milimeter for travel.  The small size means that the Lapstick is slightly smaller than 3/4 scale.  It's a 17 inch scale (435 mm), as compared to standard Les Paul scale of 24.75 inches (630 mm) or a Fender Strat at 25.5 inches (648 mm).  This means you can play the Lapstick in pretty tight quarters --like in the backseat of a car --but it makes for some challenges.  The frets are pretty tight and it can be disorienting initially.  In fact, it probably takes a couple of hours to get the hang of it.  If you want to get a feel for it, it's like playing with a capo on the 5th fret. So you're working within some pretty tight constraints.  The good news is, that by using the Lapstick, you'll become a more accurate player.  It forces a degree of precision in your playing.

I spent a couple of hours with lapstick inventor Phil Neal in Amsterdam and will provide a more detailed write-up shortly.

warm greats to all

Voyage Air Guitar is the way to go for travel guitars!