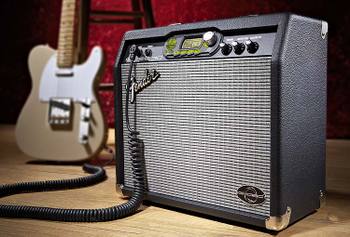 Fender has introduced a beefed up version of the G-DEC amplifier now with 30 watts of power in a slightly larger cabinet.  They've added some additional capabilities including some new tones and better MIDI features, but it's more of an incremental improvement rather than a complete make over.

For those not familiar with the G-DEC, it's a great practice amp with built-in rock tones, midi backing tracks and a digital tuner.  While some of the built-in tones are a bit on the generic power-metal side, this is still a very fun amp for a beginner or intermediate player who wants to improve their playing.  Also check out the MyGDEC web site for additional midi files and documentation. 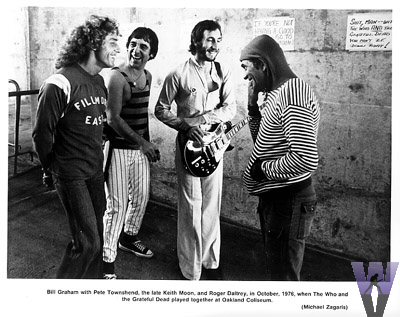 Web site Wolfgang's Vault offers a detailed journey into the art and performances introduced by legendary San Francisco rock promoter Bill Graham.  Graham, who was born Wolfgang Grajonca in Berlin, became one of the most successful promoters of rock music helping to launch the careers of Carlos Santana, The Grateful Dead, Eddie Money and many others.  He created several successful clubs including the Fillmore, Winterland and Wolfgang's.

When Bill Graham died in 1991 in a helicopter, many of his archive materials were in disarray.  The materials were eventually bought by businessman Bill Sagan, who is making them available on the web site Wolfgang's Vault.

The site includes a wide range of rock posters, t-shirts and photos from Graham's rock shows.  The site is also now streaming the top 100 concerts including shows from Jim Hendrix, Aerosmith, The Allman Brothers, The Clash, The Rolling Stones, Clash, Elvis Costello and many others.