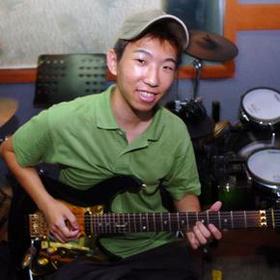 What's the most intimidating guitar solo in recent years?  In my book, it's Canon Rock, a rocked out version of Pachelbel's Canon performed by 23 year-old Korean shredder Jeong-Hyun Lim, also known as "funtwo."   The song was arranged by 25 year old Taiwanese guitarist Jerry Chang who posted his version on the web last year and goes way beyond Hendrix's "Star Spangled Banner."  We are not worthy... 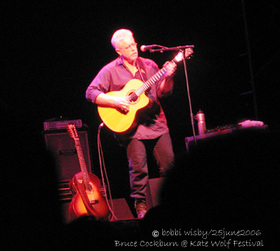 Canadian folk rock legend Bruce Cockburn played at the Mountain Winery with Shawn Colvin this Friday.  Mountain Winery, in Saratoga, California is one of my favorite venues and I've seen quite a few excellent gigs there in the past few years.  Although the prices are not cheap, the venue seats only 1700 so even the cheapest seats are great.  In fact for this show, I picked up a reserved seat on the floor for $20 (face value $45) off craigslist.org but I spent most of the show in the bleachers anyways, since they offer a completely unobstructed view and some shelter from the winds that happened to be blowing that night.

Cockburn opened the show with a couple of classic songs including "Wonering Where the Lions Are," and then played a few selections from his new CD "Life Short, Call Now" including Mystery and the instrumental Jerusalem Poker as well as songs from his break through 80's album "Stealing Fire," such as "Lovers in a Dangerous Time," "Dust and Diesel."

Cockburn's career has spanned more than 35 years and his voice has as much power as it did when he first started and his classicly trained guitar playing remains exquisite.  But like a lot of performers, I think he's grown bored with his earlier songs and his most recent work is more dirge than pop single.  Having last seen Cockburn some 25 years ago playing a small club in Montreal, I felt a bit like the woman who kept shouting for "Silver Wheels," one of the older songs that he did not play.  But taken at face value, he still puts on a great show and at 61 he can play whatever he wants as far as I'm concerned.  He's got tour dates later this summer in the rockies and the midwest.  If you don't have any Bruce Cockburn CDs, go buy one of his collections of hits, either "Waiting for a Miracle" or "Anything, Anytime, Anywhere" to see what you've been missing.

Shawn Colvin's opening acoustic set was also very good with her wry sense of humor and folksy charm helping to offset the raw intensity of her lyrics.  She played several of her classic songs as well as songs from her forthcoming CD to be available in the fall.  She later joined Cockburn on stage for backing vocals on "The Last Night of the World."