Classic Albums Live is a live show of some of the greatest rock albums ever, played note-for-note exactly as recorded.  The band plays live primarily in Toronto, Connecticut, and Florida and features renditions of albums by The Beatles, Pink Floyd, Rush, Led Zeppelin, The Who, Supertramp and Queen.  They're getting rave reviews and I hope they can take this show on the road to more locations.

Costello & Toussaint Bring Down the House 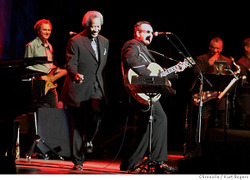 Elvis Costello is touring North America through June and July to promote his newest CD The River in Reverse recorded with New Orleans virtuouso R&B pianoman Allen Toussaint.  I must admit, I was a bit skeptical of the pairing of Costello and Toussaint.  How would this fit with some of Costello's hit songs or even his more recent works like The Delivery Man or When I was Cruel?  Costello has always been a music fan with eclectic taste and it has sometimes confounded critics and fans alike.

But after seeing Costello & Toussaint perform tonight at the Mountain Winery in Saratoga, California, I can say this was the best Costello gig I have seen.  It was a rockin' show with the Imposters (long time sidemen Pete Thomas and Steve Nieve) on rhythm, Toussaint on piano and the Crescent City horn section adding a new dynamic to classic songs.

While some may remember Costello as the angry young man who sang "Radio Radio" nearly thirty years ago on Saturday Night Live or from his hits "Allison," and "Watching the Detectives", Costello's musical career spans thirty years with nearly as many albums and musical styles.  But unlike many, Costello is not content to play note-for-note renditions of his hits; instead he reworks the music to fit into his current style and interest.

The evening started out with the Nick Lowe penned single "What's So Funny 'Bout Peace, Love and Understanding?" and included a balance of familar songs (Clown Strike, Tears before Bedtime, Deep Dark Truthful Mirror, High Fidelity, Pump It Up, Clubland, Watching the Detectives) as well as more recent works (Episode of Blonde, Monkey to Man, Bedlam) and about half of The River in Reverse.  The set blended well together thanks to the clever arrangements by Toussaint.

Toussaint's piano added a soulful sound to the evening and the horn section punched up many of the songs; this was a great complement to Costello's biting guitar riffs.  Some songs, like "Watching the Detectives" were reworked to great effect in what I can only describe as a psychotic jazzy style.

Toussaint sang lead vocals on his R&B hits Working in a Coalmine, Yes We Can, and What Do You Want the Girl to Do?  Toussaint's solo tribute to Professor Longhair had the audience up and clapping which is a rare enough phenonema in Silicon Valley.

Last time I saw Costello play at the Mountain Winery in May 2002 it was so cold you could see your breath and Costello himself was bundled up in hat and overcoat.  But tonight was the perfect warm summer evening to celebrate the sounds of New Orleans.  My only wish is that Costello would put out an official live album so fans wouldn't have to resort to bootlegs.

Go see Costello & Toussaint live this summer; it'll be one of the best shows you'll see this year. 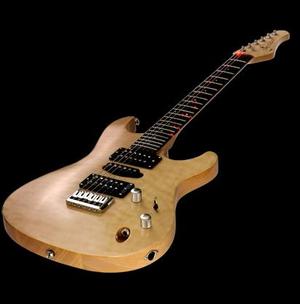 I must admit, I've been jonesing for a new guitar for a while. Now Optek Music has a new Fretlight that is very tempting.  I owned one of the original Fretlight FG 200 models many years ago, and the neck was way too chunky for my taste.  Last year, they introduced a much more capable computer-enabled model known as the FG-421, which is their "standard" strat model.  It's a decent guitar for learning, but it's pretty basic as far as quality and features.

While the price is not cheap ($899) what sets the Fretlight guitars apart from any standard electric guitar is its built-in LEDs on the fretboard and computer interface that makes it easy to learn chords, scales and in fact any tabbed music.  The Fretlight has a USB interface that connects to any PC and enables you to learn music and lessons while LEDs light up showing exactly where you should be putting your fingers.

It's great to see Optek aim beyond the basic strat to cater to the more demanding player.  I hope they'll continue to invest in the software and song library also.

Led Zeppelin & The King of Sweden 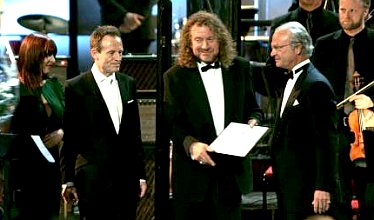 You wouldn't normally think of classic rockers Led Zeppelin hanging out with royalty, but the band recently won Sweden's famous Polar Music prize, the equivalent of the Nobel prize for music.  The award is made by the Royal Swedish Academy of Music and represents the first time that a rock band has won.  Other winners have included russian composer Valery Gergiev, BB King, Keith Jarrett, Robert Moog, Bob Dylan, Dizzy Gillespie and Paul McCartney.

My buddy Hans was on hand in Stockholm to see the ceremony and snap some photos.  Robert Plant received the award on behalf of the band from the king of Sweden Carl XVI Gustaf.  Plant recalled how the band had recorded their last studio album, In Through the Out Door, at Polar Studios in Stockholm in 1979.  Here's a picture of Hans's son Thomas with Robert Plant and Hans with Jimmy Page.  I'm so jealous. 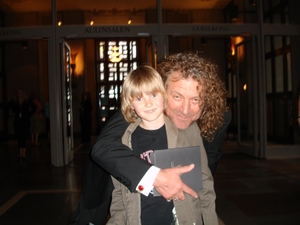 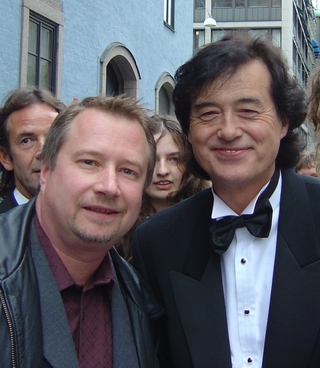